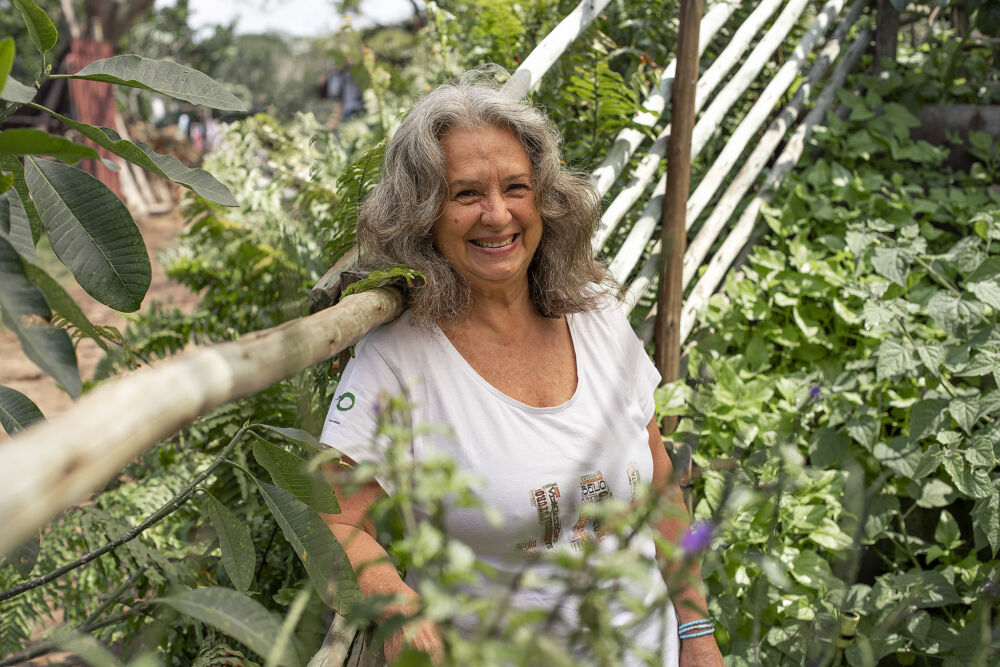 Climate activist Anabela Lemos is the recipient of the Per Anger Prize 2022. Photo: Edson ArturMozambican climate activist Anabela Lemos will be awarded this year’s Per Anger Prize for her fight for the farmers forced to leave their homes to make way for gas and coal extraction. The candidate was nominated by We Effect and is the first environmental defender to ever receive the award.

A lifelong fight for people and the planet

“I’m so honored to receive the Per Anger Prize. It is a recognition of our work and will increase awareness of what we are fighting for. I have spent many years and will spend the rest of my life fighting for climate justice”, says Anabela Lemos.

Anabela Lemos leads We Effect’s partner organization Justiça Ambiental (Climate Justice) and has worked to protect the environment and support people affected by climate change and multinational companies’ exploitation of Mozambique’s natural resources for over 20 years. Lemos is a strongly critical voice against several energy projects that cause climate damage and violate human rights, where people living in poverty are forced out of their homes and lose their land and livelihoods due to the construction of power plants that export energy abroad.

Over the years, Lemos’ work has led to people affected by exploitation have received legal support, that companies have been brought to justice and that several large projects have been slowed down.

“The fact that the government awards a democracy prize to climate activist Anabela Lemos is important as it highlights how unfair the climate crisis is. Anabela is a strong voice for those hardest hit by climate change, says Anna Tibblin, Secretary General of We Effect.

Threats and violence does not stop her

But to speak up against powerful companies and politicians has a high price. Environmental defenders carry out their work with their lives at stake. In 2020, 331 human rights defenders were murdered worldwide, the majority with connections to land and environment. Lemos’ work has led to death threats and violence, both against herself and her family members. But it does not stop her.

“I believe what is wrong and unjust must be changed, it is worse is if we keep quiet when injustice, or a human rights violation happens or the destruction of our environment happens, and we do not raise our voice or work for those crimes to stop, then we are part of the problem”, says Anabela Lemos.

The Per Anger Prize is the Swedish Government’s international prize for human rights and democracy. The prize was established in 2004 to mark the efforts of diplomat Per Anger during World War II when he rescued Hungarian Jews from the Holocaust. Living History Forum has the government’s mandate to award the prize annually.